“Maybe it’s time to unleash my head from the scroll.”

Prompted by a sequence of discouraging internet encounters, Felicity Fenton attempts to free herself from the tendrils of an online world we know, but struggle to look away from. She evaluates the endless distractions of being tethered to her device and all that comes with it: email, spam, texting, taking pictures, and social media (aka “the walls”). In lyrical prose that swerves into dream-like mirage, hilarious thoughts, social observations, and unwavering sadness, User Not Found is a powerful essay that is all too relatable.

ALSO AVAILABLE AS AN EBOOK!

Felicity Fenton’s multidisciplinary work (social practice, photography, installation) has been featured in public and private spaces around the globe. Most recently, her stories and essays have been featured in WOBBY, Fanzine, Split Lip Press, Wigleaf, The Flexible Persona, and forthcoming in Iowa Review. By day she works as a Creative Director, as well as a Radio Host at Freeform Portland. She calls Portland, Oregon home sweet home. 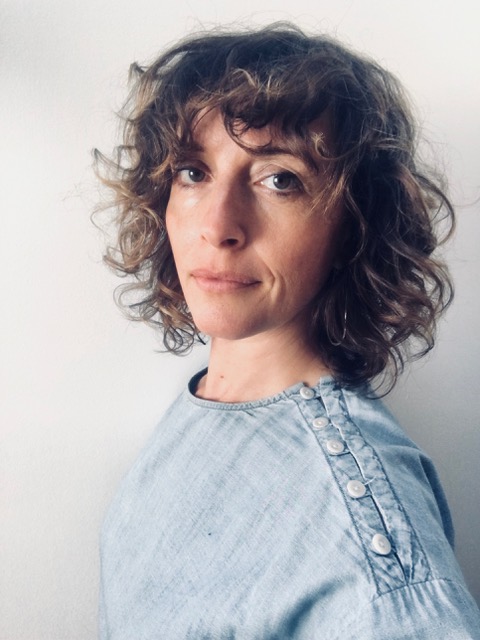 Excerpts from User Not Found:

It happened frequently, the sky shifted from blue to red to black and the day was gone and I was still there masticating the frayed remains of a fingernail, scrolling through screens, two of them. One large. One small. My upper back ached. My chin doubled and tripled. My hips melted through the slats of chairs. I assumed someone would come and feed me by hand, then through a tube. Let me check your eyes, they would say. It looks like you’ve lost your vision, they would say. We are going to have to scoop out your eyeballs and feed them to the tiger sharks. Let’s not waste the remaining energy of your eyeballs. The sharks are the only way out for you, they would say. If you don’t give the sharks your eyes, you’ll regret it, more than likely end up alone, penniless, a bonafide cyborg. I nod and update my status on the walls. When your eyeballs are fed to tiger sharks.

Today, sentences come in clear, even lines. I’m compelled to write long letters about what life was like ten years ago, before I was on the walls. I text paragraphs to faraway friends I haven’t spoken to in a while. I ask them to remember us when we didn’t have money for shoes or coffee creamer. I try to recall the shape of their name on paper, the patter of their footsteps. My eyes aren’t as tired, and my peripheral vision is improving. I consider heading to the woods to see if I can spot a Great Horned Owl.

I feel sorry for all users and long to free them from the walls. Let’s eat pie, I think. Let’s stare at the back of each other’s hands. Let’s talk about the weather. Let’s make out. I want to smell you! I look outside. Orange with thwacks of blue. It’s easy to put my shoes on, to open the door.

I buy film for a 35 millimeter camera that belonged to my father in the late sixties. I take the first film photo of my child, eager to see her image composed of dots rather than pixels. The shutter clicks. She asks to look at the picture. When I tell her it’s inside the body of the camera, in a roll of film we will have to process with chemicals and light, she loses interest in what I’m saying and walks away.